Relieving the burden of apathy for people with Alzheimer’s disease

Alzheimer’s disease is characterized by a number of cognitive impairments, including dementia and memory loss. But one symptom is less widely known: apathy. In a clinical context, apathy is a loss of motivation and interest in life, and it can substantially lower quality of life for those living with Alzheimer’s and their caregivers. Dr. Krista Lanctôt and her team have published a new paper examining if a drug called methylphenidate is effective in decreasing apathy for those with Alzheimer’s. We spoke to Dr. Lanctôt to learn more about apathy and how her research has opened a path to treating it.

What is apathy in Alzheimer’s Disease?

KL: People experiencing apathy have diminished interest or initiative, find it difficult to complete tasks and may lack an emotional response to good or bad events. These symptoms can greatly influence quality of life, worsen everyday function and be particularly worrying for caregivers. 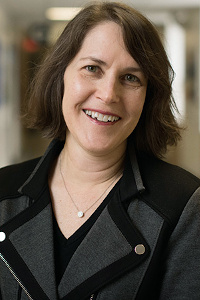 What motivated this research?

KL: Apathy is one of the most common yet under-recognized symptoms experienced by patients with Alzheimer’s Disease. There are currently no proven therapies to treat apathy, but certain medications hold considerable promise in decreasing its severity. This pivotal trial investigated apathy in patients with Alzheimer’s disease in the absence of major depressive episodes.

The research team studied 200 participants with Alzheimer’s disease, with mild to moderate cognitive impairment and moderate to severe apathy. Participants were randomized to receive the treatment (methylphenidate) or a placebo, and evaluated with standardized testing at two, four, and six months from baseline. All participants and their care partners received psychosocial support over the trial.

What was the most important finding of this study, in your opinion?

KL: Methylphenidate, a medication commonly prescribed to treat attention deficit hyperactivity disorder (ADHD), appears to be effective in treating apathy. The researchers found a significant decrease in apathy in patients receiving methylphenidate in comparison to the placebo during the six-month study duration, with the largest reduction in apathy seen after two months. At six months, 43.8% of patients in the treatment group improved, and 27% had no measurable apathy.

How does this change treatment in the future?

KL: This study shows that methylphenidate is a safe and well-tolerated medication, which may offer an approach for treating apathy in patients with Alzheimer’s disease, by reducing its severity. Decreasing apathy can increase a person’s interest in activities and their emotional responsiveness, improving quality of life for both patients and caregivers.

KL: Methylphenidate has shown to be a promising potential medication in the management of apathy in Alzheimer’s disease. As with other psychiatric medications, the degree of response can vary. Future research will be targeted to understanding predictors of response to help inform patients and physicians.

What is the major take home message for the public?

KL: Apathy is now recognized as an important and treatable syndrome that complicates Alzheimer’s disease dementia. Methylphenidate can be considered as a treatment option for these symptoms.

The safety of electroconvulsive therapy

The biological roots of bipolar disorder